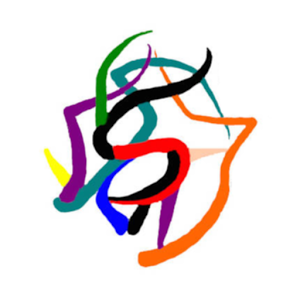 Released to coincide, this application presents a selection of location-dependent films combining dance, music and dialogue. These films are unlocked by completing the sliding puzzles or scanning the QR codes found on ‘Stories of Wigan’ posters and flyers in various locations around Wigan. 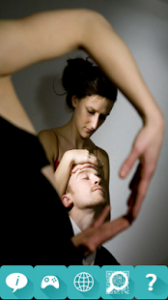 Found a ‘Stories of Wigan’ poster or flyer? Scan the QR code on the poster or flyer to watch and unlock a film connected to that location. After you’ve watched a video, the name and location of the next film in the trail will be revealed on the map.

Alternatively, play a unique twist on the classic sliding puzzle game and unlock the ‘Stories of Wigan’ films one-by-one. Each tile represents a short clip from the film. Watch the dancers carefully, paying close attention to the choreography and listen to the music and speech. The more tiles you position correctly, the more stars you will be awarded. Reorder the clips in the correct order to watch the complete video without breaks.

The app forms part of the ‘Stories of Wigan’ project, more details of which can be read about at www.storiesofwigan.com. 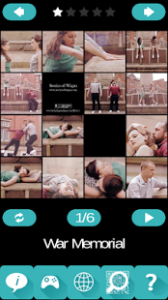